We are going to go over the basics and best practices of getting data from an endpoint. The end game is to get data and update chart data through this endpoint through user interactions.

In this case, we have created a node/express server which hits a mongoDB instance hosted by mLab.

The MongoDB instance zingchart-crud-chart-blog-post has one collection called machine-data. The collection structure is as follows:

This is for showing how to load data. zingchart-crud-chart-blog-post has a second collection called rest-example, which is used for the final CRUD chart example. The structure is as follows:

For the first chart, we are going to make an AJAX GET request using the standardized XMLHttpRequest() provided by Web API.

We will request some data and render a chart based on the returned array of values.

First set up the basic request:

Let's take a peek into our server code for the requested URL https://zingchart-rest-api.gomix.me/api/data

Second, render the chart based on the returned array.

You can get multiple plots into the chart several ways. Depending on the data size, user base, project requirements, and skillset, you may either want to do the heavy lifting on the server, client, or even a bit of both.

You can do all the heavy lifting on the server and return the chart syntax needed. This may be a good decision if your user base has slower machines.

Doing server side parsing, you can guarantee the same parse speed because it's your hardware, but the bottleneck is still the network.

This will make a request to the route "/api/data/getAllPlots/seriesObject" which can be viewed here.

You can return the database JSON and do some client side parsing on your own. I just encountered a solution that actually reduced the packet size by 1/3 from sending over the raw JSON instead of parsing it into the ZingChart syntax.

This was because there were several plots all using the same timestamp for each point. It looked something like [timestamp,value]. Each plot had a different value, but the same timestamp. Why send a packet over the network with 9 duplicate arrays of timestamps?

In this example, there is virtually no difference in the code used to parse the data from the above server example. This is because both technologies are JavaScript.

The decision of where to do the parsing depends on your server side technologies and comfortability with that language, separation of concerns, and a long list of design decisions that I'm not going to go into.

Let's make make a request to "/api/data/getAllPlots/JSON" which can be viewed here.

You can do a bit of both server and client side rendering by making several calls and asynchronously loading the plots. This is a great approach because you can see several benefits.

The packet sizes are smaller. Each request will be a small subset of the overall data you are showing.

You will see a benefit with big data using this approach. Think of time to first byte. This is the same approach. The time for users to see something on the chart they can interact with comes first. Then, as the other HTTP requests come in, the data will load itself in for the user to see.

So why penalize them with long first load times? This is where web components are starting to come in, but I'm going to leave this rant short. The concept is simple- only load the necessary content for interaction, this includes CSS, HTML, and of course charts!

Users who only view the chart once (or not at all) are not penalized. The reality is, charts may only be a small portion of your app or dashboard. Some users may or may not be dependent on them.

Don't block the page by rendering a bunch of JS that your user might not care about. Do the research to find out if they care... obviously.

If you're a hawk or mountain lion, you might have the reaction speed to see this. But I doubt that. Let's be honest, you're average like the rest of us.

I'm not here to tell you which method is better or worse than the other. If one of the methods above fits your framework, use case, or skillset better, choose that way. Whatever decision you make, be pragmatic about it.

Most important, understand your users. Do the research to find this out. Set up tracking with Piwik, Hotjar, Fullstory, etc.

Don't just throw up Google analytics and call it a day. That's not giving you the information you need. That's just giving management something nice to look at.

The final chart is here! You can see how to hook your DB up to an interactive chart. We have covered the simple GET request to retrieve data from the database. 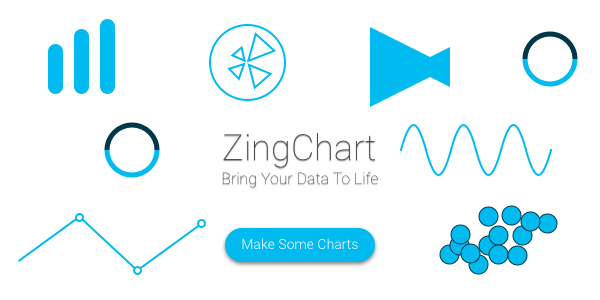